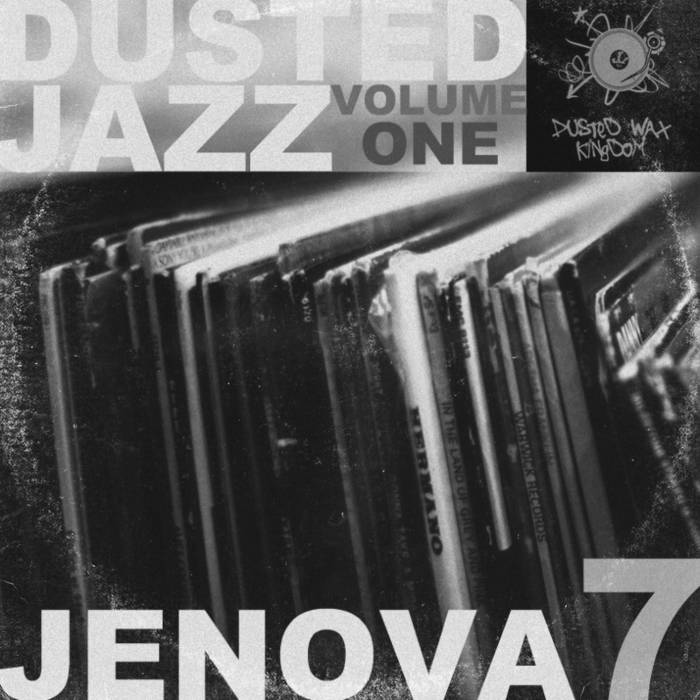 zooloader I love the piano chords in this track Favorite track: A Touch Of Evil.

Dusted Jazz Volume One is a downtempo jazz / trip hop EP by Boston based trip-hop artist Jenova 7. Released on 10/19/2011 as a free digital download from the Dusted Wax Kingdom label (dustedwax.org). The EP was completed in one month, and features a dark, raw and cinematic style that crests and troughs along its short path, ranging from nightmarish to dreamlike in sound. Two music videos for "Dark Water Jazz" and "A Touch Of Evil" are included in the download.

"While the familiar rhythms and beats of Hip Hop, skillfully blend with the many variations of African Soul, Pop and Jazz; they have pulsated in the heart and influenced the South African music scene for almost 20 years. Unbeknown to us a bold new reverberation invades our music terrain. Classified by some as Trip-Hop and audibly distinguishable as soothing Jazz, this quirky tune pleasantly strokes the ear lobes of those of us who are on a mission to explore innovative sound. The intriguing new release from Michael J Sirois, better known as Jenova 7, swathes a dark web of seductive melodies, unreserved dusty beats and sounds of whispers around its listeners. The Boston-based musician and filmmaker plays hide and seek in ‘Dark Water Jazz’, the first track of the album’s Volume One; with soft and mysterious piano keys overlaying steady paced mid section. They progress into a melting ‘Dusted Wax’ piece; where he elicits the mind to envision a clarinet candle being lit up with electronic hums. His next track ‘Metamorphosis’ is recognizable by its pale reflection of an African magic drum and base, infused with the childlike innocence of chimes.Next is the imposing ‘Touch of Evil’ track which becomes demanding with its sultry beats running over some jazzy saxophone samples. And last but definitely not least, performed on a Hip Hop/ RnB background, Life is Just a Ride concludes the Jenova 7’s Experience with daring but conceited speech. To the more mature ear, ‘Dusted Jazz’ Volume One is elegant with soft and yielding rhythms, yet dark with unsettling notes and unexpected turns. The younger generation will catch a fire between the electronic strings, clinging symbols and dreamy base. The album appeals to a random audience and renders to uncover mind blowing sound mystery. In contrast with Jenova 7‘s previous work, his 2011 release proves this young artist is here to stay."