A Tale Of 3 Heads 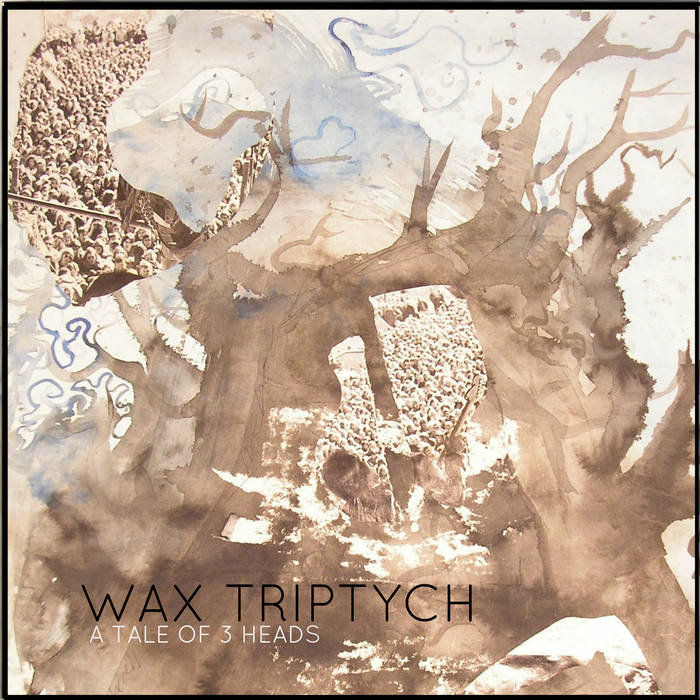 GEORGE Angeles Such a good plate
Such a potential
Motives are just fabulous
YET the recording quality is GARBAGE as if 128kb.
Such a shame .
Two days I’m on it like on drug though sound mushiness is devastating .

bluesninja This is an incredible fusion of samples and jazz. I love that. Tracks alternate from cool to passionate, all while maintaining a chill vibe. Great musicianship on display, and great pacing throughout. Favorite track: Moonlight Vibe.

Ryan Childers FROM THE FUTURE SENT BACK ON THE TRILL WAVES OF WAX. SIMPLY STUNNING. Favorite track: Streetwise.

Sick rat Wax triptych = "aliens hit planet Earth". Astonishing! once u mix 3 heads like Jenova 7,Mr Moods and Mononome in one tale results gotta be epic. No doubt they are writing Trip hop history. Fragments from the past brought on life again for evolving trips feeding our minds. Dusty resonant beats, forgotten trumpets, reverberating melodic voices, blues guitar riffs, meltin u down from the inside. More than a sound: a parallel dimension; More than a release: an experience...are u ready for it? Favorite track: Moonlight Vibe.

Wax Triptych is a trip-hop trio featuring Mononome, Jenova 7 & Mr. Moods - three like-minded international artists from the Dusted Wax Kingdom record label. "A Tale Of 3 Heads" is a dark, dusty journey into the cool, aged grooves and sounds of the past. The triptych is a work of art in three parts.

"Given the three artists who make up Wax Triptych, it is only natural to wonder what a triptych even is. Well, according to Merriam-Webster, a triptych can be either "an ancient Roman writing tablet with three waxed leaves hinged together," modernly interpreted into visuals like this one, or, "something composed or presented in three parts or sections." So, given that Wax Triptych maintain an image and sound that is based around the idea of three distinct parts, it makes perfect sense why they decided to use triptych as part of their name.

Wax Triptych, the collective of Jenova 7, Mr. Woods, and Mononome, craft old-school instrumental trip-hop that hinges together the influences of where the three producers are from (the United States, Canada and Greece). Releasing a 9-track mood-altering album for Dusted Wax Kingdom (the consistently excellent A Tale Of 3 Heads) Wax Triptych are three "musicheads" who understand the many moving parts necessary to make grade-A instrumentals.

"Moonlight Vibe" is perhaps the A Tale Of 3 Heads' highlight, as it manages to blend the allure of Portishead, the magical enthusiasm of early RJD2, and somehow the blues rock swagger of a Grand Funk Railroad. It can seemingly coexist as a backdrop for a cut from the German indie band The Notwist, with its percussion-heavy futurism, and also as the anthem to some steam punk future where people have forgotten how to sing." - Earmilk (www.earmilk.com/2013/05/20/introducing-wax-triptych/)

"Great music accompanies a great meal just as wine does, it creates the mood, it elevates the taste and leaves you happy and satisfied. This trip hop trio does exactly that: all you need is another glass of wine while the album continues to play." - Audio Camp (audio-camp.com/wax-triptych-a-tale-of-3-heads/)